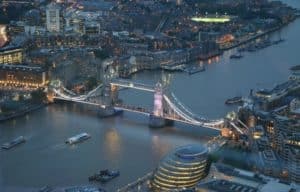 In a move aimed at solving the homelessness crisis, the Government announced earlier this month that foreign house buyers will have to pay a higher rate of stamp duty on purchases in England and Northern Ireland. It will affect anybody who has spent less than six of the past 12 months living in the UK.

It is expected the increased levy will raise up to £120m a year, with the proceeds going towards efforts to reduce rough sleeping numbers. “It cannot be right that it is as easy for individuals who don’t live in the UK and don’t pay taxes here, as well as foreign-based companies, to buy homes as hard-working British residents,” commented Theresa May.

Brave enough to buy a fixer-upper?

The residential property market has boomed significantly over the last two years, with property prices rising by more than 10% in the last 12 months alone. As such, many first-time buyers continue to be priced…

Material enhancement, deferment rates, and the definition of a house, were among the subjects discussed at the autumn meeting of the Association of Leasehold Enfranchisement Practitioners.  The basic rule applying to material enhancement in respect…

In an illuminating talk on the correct form of a letter of appointment for an adjoining owner’s surveyor, Mr Mathew Hearsom of Morrisons LLP advised that there is no assumed right at law that an…

A seminar held by the Royal Institution of Chartered Surveyors confirmed that job loss in the public sector over the coming 12-24 months is likely to have a negative effect on the UK housing market,…